Hops you're not using but should be 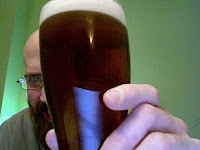 Palisade. Palisade Palisade Palisade.
Brought to you by the hombres of Yakima Chief, who also brought you Simcoe and Warrior (you like Simcoe and Warrior, right?). Parentage includes Swiss Tettnanger (and you like the Swiss, right? They brought us Samichlaus). It's an aroma variety, but its alpha levels are respectable enough for light to moderate bittering duty.
What's it like? It is a hoppy-smelling hop. Bright. Green fruit and dried herbs (whole oregano, thyme). Wood resin, star anise, and pine forest humus sing backup. The nose on the freshest, earthiest English hop country bitter spiked with a cone or two the dankest German Tettnang ever known and no one the wiser.


What's it good for? What isn't it good for? This is where I've found application: solo hop in an American wheat beer and American pale ale; late additions and dry hopping American IPA and rye-intensive variants thereof; solo hop in British-type pub ales; bittering additions in Northern English browns and old ales; teaming up with like minded varieties like Centennial and Willamette; and smelling while you type.
Posted by Northern Brewer at 6:48 PM