Hops, and saving some money on your brews 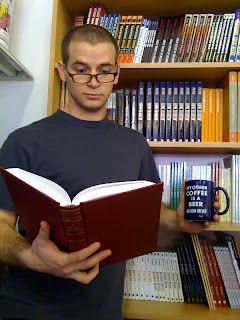 So I was doing some reading in Jean De Clerck's Textbook of Brewing with respect to dry hopping.

Lately, I have been really enjoying the aroma qualities of Nugget hops. One thing about Nugget hops - and while somewhat unique, they're certainly not alone in this respect - is that they're a high alpha-acid hop variety that happens to also have a very pleasant aroma. DeClerck indicates in his text that dry hopping does not deplete the resin content of the hops used, and therefore doesn't affect their bittering potential. This is, of course, in keeping with what one would expect from hops that are never in the presence of a boil. He goes on to say that it was common practice for the brewer to recover his used dry hops and use them as bittering hops in future brews.

Dry hops should be left in contact with the beer for at least a week....They are afterwards recovered and used in the copper, since only an insignificant amount of resin is lost.

A Textbook of Brewing Vol 1, pg 436
In these tough economic times, each ounce of hops saved (reused) is an ounce of hops earned, right? I'd imagine that total volume would be affected as well, as the hops would already be saturated and not absorb any of your wort during the boil. It seems the modern brewer has lost sight just a bit of that economy and thriftiness that we're all known for. Furthermore, De Clerck goes on to say that it was commonplace for the commercial brewer (in Britain at least) to sparge his hops in the hop back in order to collect and save the wort that had been absorbed by the kettle hops.

In Great Britain, the hop back is of sufficient capacity to take the whole of the wort. The spent hops are allowed to settle out and forma a filter bed which holds back the hot break, which would otherwise be deposited in the cooling plant. After the wort has been run off, the spent hops are well sparged, because they retain 6-7 litres of wort per kilogram.

A Textbook of Brewing Vol 1, pg 323
Now I'll be the first to say that, given my usual batch size, the amount of wort lost to my hops in the boil kettle is rarely worth the effort required to sparge the hops. But I thought it was worthy of mention. Mainly, this technique of reusing dry hops, especially in this age of high-alpha aroma hops, can be a great way to save a few dollars on those IPAs that have only gotten more and more expensive over the years - both because of hop market volatility, and because we can't seem to jam enough hops into five gallons of beer - forever pushing the envelope.

Happy brewing, and next time you throw 3 ounces of high alpha American hops as a dry hop, feel free to use 'em again!

"Brewers enjoy working to make beer as much as drinking beer instead of working."
-Harold Rudolph
Posted by The Word at 7:36 PM